The web is always moving, always changing and each year prognosticators wag their fingers and give us top lists of what trends are coming in web design and development.

It’s true that as new languages and platforms develop, you and your web designer need to keep up. But some of the most important trends have always been around us, we just had to find them again. 1. Gestures are here to stay
Remember a time when you had to actually move your mouse to scroll on a website?

That wasn’t very long ago, but now scrolling is as easy as swiping. With effortless gestures, expect more websites to require users to scroll first, click second. Instead of complicated menus, lots of links and a whole airplane panel of buttons, homepages often include the most important information right there.

This has another effect as well… the end of the fold.

The fold is what appears when the website first loads, the part you can see without performing any action. Some people think their entire website needs to load in this area, but it doesn’t. The fold is no more. Users are learning again how to scroll.

2. Faster loading, for all those ADD users
We’ve all learned to be impatient when browsing the web.

With high-speed internet penetration reaching into the boonies, and web enabled devices in most people’s hands, every user is more and more demanding.

Users are more perceptive, less patient and clutter only slows their browsing down. The result? We expect websites to load instantly.

One in four people will leave a website if it doesn’t load within 4 seconds. Three in five mobile users won’t return to a site that takes more than 10 seconds to load. Designs that slow down users are about as effective as a 404 error.

Websites are becoming faster, but how? They’re also becoming simpler.

Design has gotten out of the way of speed, with modern website designs that use less textures and more shapes, colors and pictures.

3. Animations are returning
Google is quickly rolling out material design, its set of unified design guidelines. One of the biggest features? Sprites and animations with each action or touch.

Subtle animations are returning to web design, helping making simple websites stand out and showcase more information. Think of these animations as a simple guiding hand, helping the user navigate through content and features.

4. Email is back in style
“Long live social…” or so everyone says, but the problem with social is no one sees your ads unless you’re willing to spend, and even then… the odds are not in your favor. With so much content shared each day, we’ve flooded the market.

Overtime, your posts and shares are being seen less and less as Facebook learns your followers’ habits and tries to tailor the experience to them, editing you out of the picture.

So, how do you combat this? Return to email marketing.

It’s the only form of marketing that will reach them no matter where they are, with detailed analytics and a higher percentage of opens.

As the saying goes, what’s old is new again. In the web, this really holds true. Some ideas we tried to escape, we’ve reinvented or added new technology to make great again. 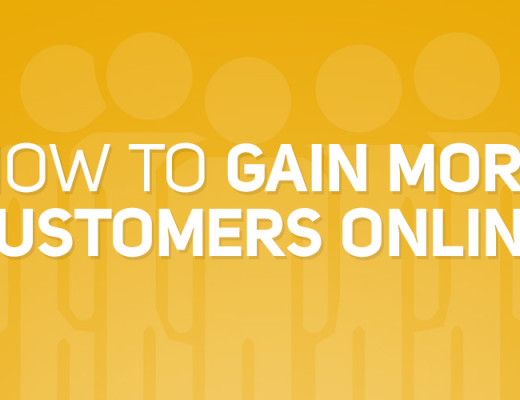 5 tips on designing for your target audience